Keeping You Safe Online Since 1999

A Brief Look At The History Of Internet Scams

These alert words are now part of our daily lives as the press loves to blast them across the headlines. It’s all about the present day dangers of computer technology and it goes back to the earlier internet scams that appeared on the web. Let’s take a look at the fundamentals of what those scams were and how they apply to today.

There are five or so major categories of internet scams that arose on the web and believe it or not they’re the same categories that were once pervasive in the offline world. […]

A Russian man accused of being part of the largest cybercrime ring ever prosecuted in the United States has pleaded not guilty to charges that could send him to prison for decades.

Dmitriy Smilianets (29), from Moscow, entered the plea during an afternoon hearing in federal court in Newark, New Jersey yesterday.

His lawyer told Reuters that he would fight the charges and that he was looking into possible irregularities with the circumstances of his arrest last year in the Netherlands.

Every computer comes out of the package with a virus protection program. Usually, this is McAfee or something similar. Which works well enough, but most people will agree it isn’t the best protection you can have. Dissenters might even compare the way it works to malware itself, and the real features only come with the pro version you have to pay for.

While you can go with McAfee or other paid computer security software if you want, there are plenty of fantastic, regularly updated free ones out there, as well. These are my personal picks, including what I use for my […]

P-P-P-Powerbook: The Conman Gets Conned

Many have attempted it, and few have been successful: the reverse con.

For those who don’t know what that is, it is the act of taking what was intended to be an Internet Scam or Hoax  against you, and turning it around on the perpetrator. It is a difficult, risky business that I wouldn’t recommend for anyone. However, that doesn’t mean we can’t look at – and appreciate – a case where it worked.

Way back in 2004 there was a lack of understanding from many people about the threats of cyber security. Email scams […]

How To Protect Your Online Reputation

Online Reputation Management and protection is important these days, we all know that the opposite of Newtons law is in force when it comes to the internet (i.e.) what goes up online stays up online
Check out the infographic below on how to protect your online reputation 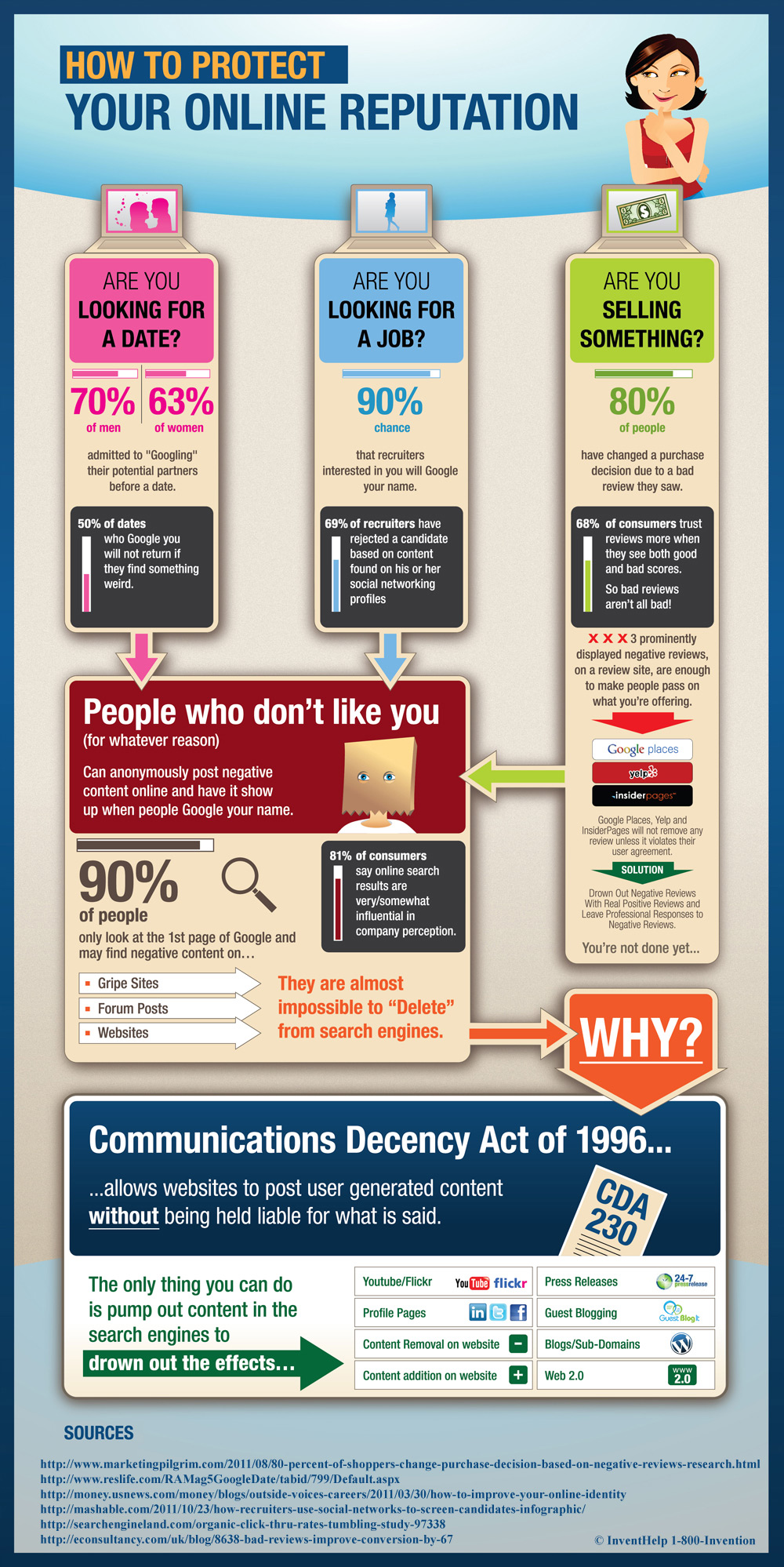 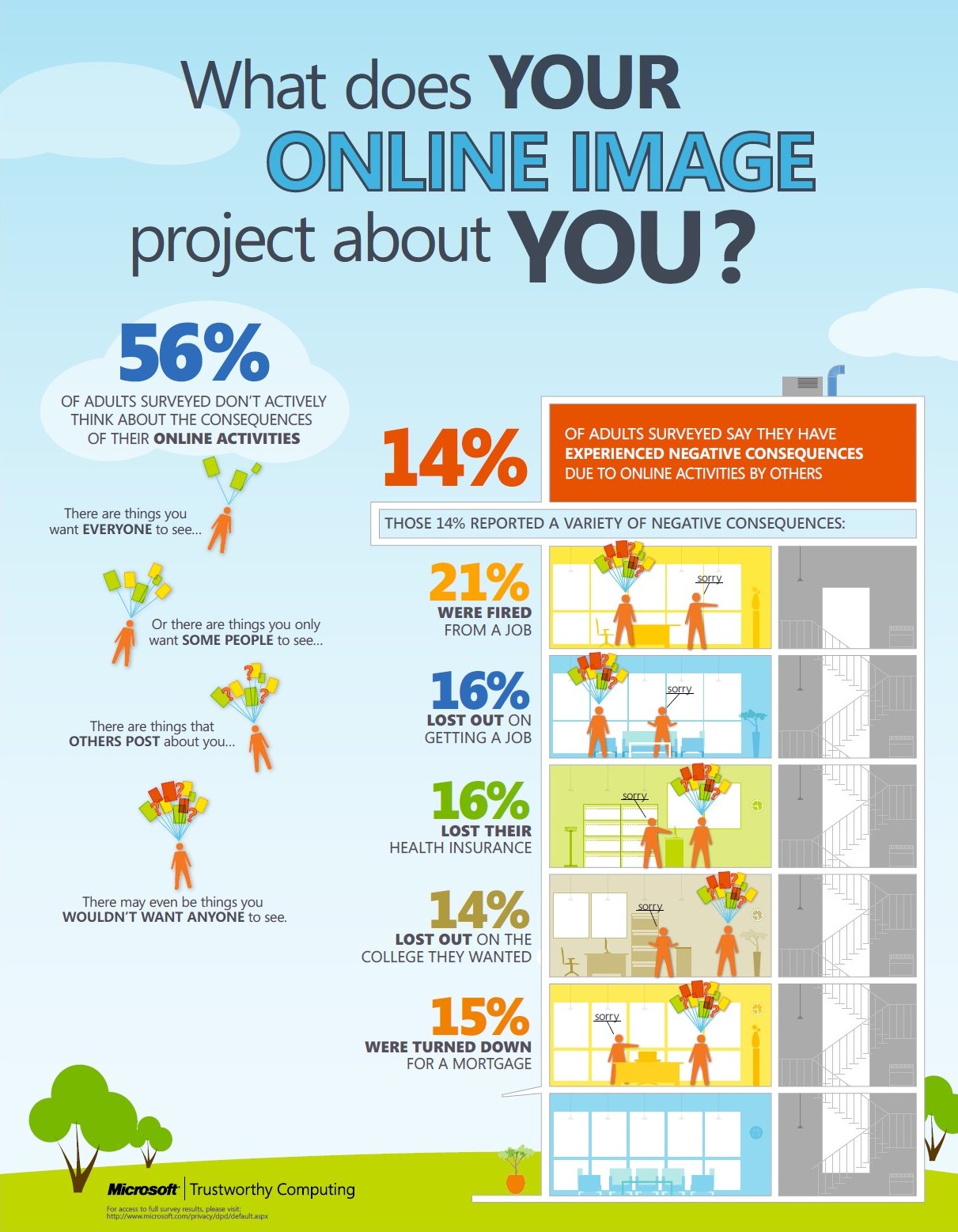 Last Year, Hundreds of Thousands of individuals learned the hard way that if something sounds to good to be true, it probably is.

The number of Internet Scams documented each year is on the rise and some victims bear considerable financial losses.

What should people look out for? Take a look at the Infographic below to learn more:

TAMPA BAY, Fla., Aug. 6, 2013 /PRNewswire-iReach/ — The American public and businesses today are under a constant, ever-growing threat of attack from cybercriminals who attack as many people and businesses as quickly and effectively as possible in order to access large amounts of sensitive information. In the first half of 2012 alone, there was an average of almost 33,000 phishing attacks per month, with an estimated worldwide loss of nearly $700,000,000 from phishing scams alone (1). Internet security awareness training firm KnowBe4 has long spoken out about the rise of cybercrime, and is now predicting an unprecedented level of […]

WASHINGTON, August 9 (RIA Novosti) – A Ukrainian man labeled by US authorities as “one of the premier vendors of stolen credit card data in the world” has been sentenced to a maximum of 40 years in prison, the New York County District Attorney’s Office announced in a statement this week.

Egor Shevelev, 27, was convicted along with two other defendants in June, after a ten-week trial, of participating in an international cybercrime ring between 2004 and 2007. Jurors found he and his associates stole and then sold more than 95,000 credit card numbers, resulting in $5 million in credit card […]

How to protect yourself from cyber surveillance

What are your risks in this era of surveillance, hacking and sloppy software coding? It depends. So what precautions should you be taking? Same answer: it depends.

That’s a pretty unsatisfying bit of advice, isn’t it? Yet it’s a core truth of digital security. You should be concerned, very concerned, but in order to make decisions about your own security measures you should first figure out which threats you’re likely to face.

Over the next several months I’ll be posting a number of pieces here about how you can do a better job of protecting your privacy and staying secure. Understanding what’s […]

How Cyber Criminals are getting better at stealing your money!